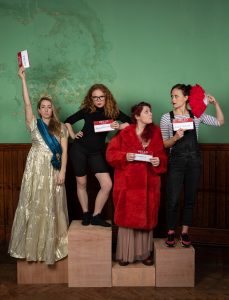 Hello, we are Haste Theatre… probably.

We are going to tell you the absolute truth and the best story you will ever hear – honestly!

A woman definitely jumps into icy depths, from a very existent bridge… we think.

Someone escapes a gruesome end, possibly?

We use genre blending physical theatre to lead you through our wild and playful version of a story steeped in fact and history, which unravels both.

Who was the real Anastasia? And in the words of the woman herself, “believe me or don’t, what does it matter?”

This is our newest show (supported by Arts Council England). 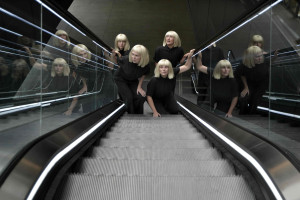 Where the Hell is Bernard?

In a world where no one plays, no one questions and no one ever leaves, four women work in an office high above the city to anonymously return lost items. Everything runs like clockwork – until one day a box mysteriously bounces back…

As the women embark in a mission that takes them out of the city and out of their comfort zones, they unwittingly find themselves with the future of humanity in their hands. 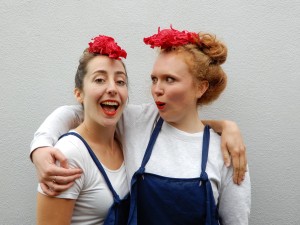 Gail and Gemma are two delightful chickens in a cage, discovering life as it comes. Join them on a touching, eggciting and cut-throat journey through friendship and chickenhood. Watch them compete for your affections, and decide on your favourite to vote out of the cage to pastures new!

“The two female performers/devisers were totally encapsulating, with an incredible connection with each other which made the story flow completely. Both are evidently highly skilled in physical and facial comedy… Fantastic fun” – Two Lasses in London 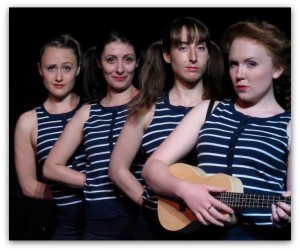 Views From the Gods 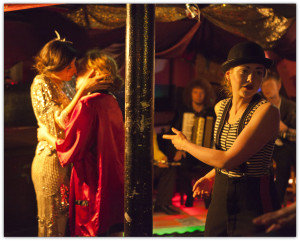 1920s. An underground club. The King is dead, and the chance to become his successor is thrown open to all. Theseus and Ariadne are in love, but Dionysus has different plans and Aphrodite just wants a good time… 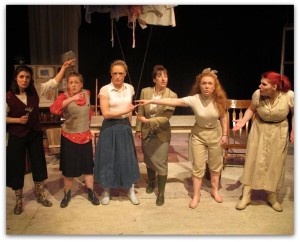 Beyond Cragporth Rock is a nerve-jangling, nail-biting one act tour de force that tells the demise of six ill-fated sisters. We invite you on a roller-coaster of bleak laughs and horror that is sure to have you on the edge of your seat!