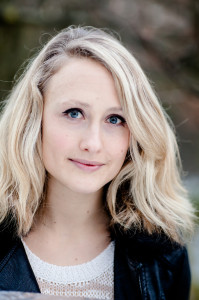 Elly is a theatre performer, producer, deviser, facilitator from London. She obtained an MA in International Physical Theatre from St Mary’s & has a BA in Thetare Studies from Lancaster University. She has devised & performed in all of Haste’s 5 shows.

Elly has worked as drama and dance teacher at stage schools including Characters and North London Performing Arts Centre and is a workshop facilitator who has conducted sessions in UK, Italy and America to participants aged 5 – 65.

Elly has a passion for movement and runs a successful Personal Training business teaching exercise and movement on a 1 to 1 and group basis as well as working as a coach at F45 Brighton Central. She is trained in ballet, tap and contemporary dance. She enjoys playing music and has been a member of numerous choirs and Jazz bands in which she played the saxophone. 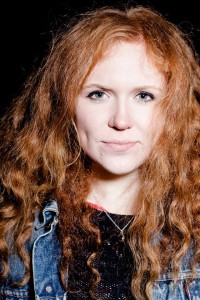 Sophie is a performer, director, facilitator & producer. She trained with the other Haste members on the International Physical Theatre MA at St Mary’s after studying Drama at the University of Manchester. Sophie has devised and performed in all of Haste’s shows, and performed with a range of devising companies including Tin Shed’s ‘Apocalypso’, Bric à Brac’s ‘Just Lose It’ & ‘Mustard Doesn’t Go With Girls’, Catharsis Theatre’s ‘Complete Greek Tragedies’ & Rachel Betts’ ‘(As If You Were) Infinite’.

Sophie has also performed in ‘Storylab’ (Kiln Theatre) & 6 of KIT Theatre’s ‘Adventures in Learning’ in London & Essex schools, whose aim is to make playful, immersive theatre for, by & with young people improving their relationship to learning & develops their empathy, resilience & critical thinking.

She lives in London. 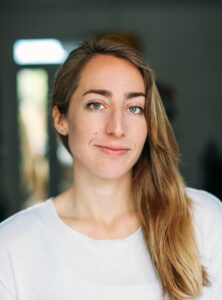 Jesse gained a BA in French and Russian at UCL and then went on to pursue theatre, gaining a Masters in Physical Theatre from St Mary’s University. This course gave her extensive devising skills, which she has used to create 5 shows with Haste Theatre. She is trained extensively in clarinet and has been part of many orchestras and choirs, including the London Gypsy Orchestra and the London Youth Gospel Choir. She also sings and plays the guitar. Jesse teaches Drama in a primary school and French, English and Drama privately to children. She also does freelance teaching and lectures for a BA Acting course and an MA in Playwriting.

Alongside Haste theatre work, Jesse also does solo character comedy and writes monologues and short scripts. She loves to collaborate and share her work with other artists, expanding and exploring new ideas. 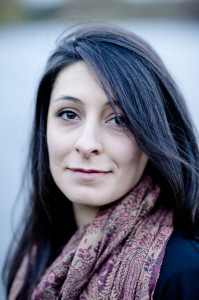 Elena is a theatre-maker from Todi, Italy. Elena studied Liberal Arts at the University of Rome (La Sapienza) and graduated in 2011. She continued her studies at the Teatrical University Centre of Perugia where she completed the first level actor’s degree. Before beginning her Masters in Physical Theatre at St Mary’s University College, Elena worked as a performer/collaborator with Italian theatre company, AREBUR.

Valeria is an Italian theatre performer, deviser, producer and facilitator.  Trained at St Mary’s University where she obtained an MA with Distinction in International Ensemble and Physical Theatre and has a BA in Film Making and Audio Video Production from IED in Milan. She co-produced all 6 of Haste’s shows and devised and performed in 5 of them. She toured nationally in the UK and internationally performing in festivals in Edinburgh, San Diego, Orlando, Milan, Rome and Prague.

Valeria has worked as a drama facilitator for schools across the UK and the USA to participants aged 5-85  and for schools in Italy, where she also teaches English to both kids and adults.

Haste Theatre was founded in 2013 at St Mary’s University College, Twickenham where the company members studied on the MA Physical Theatre (International Ensemble) together.