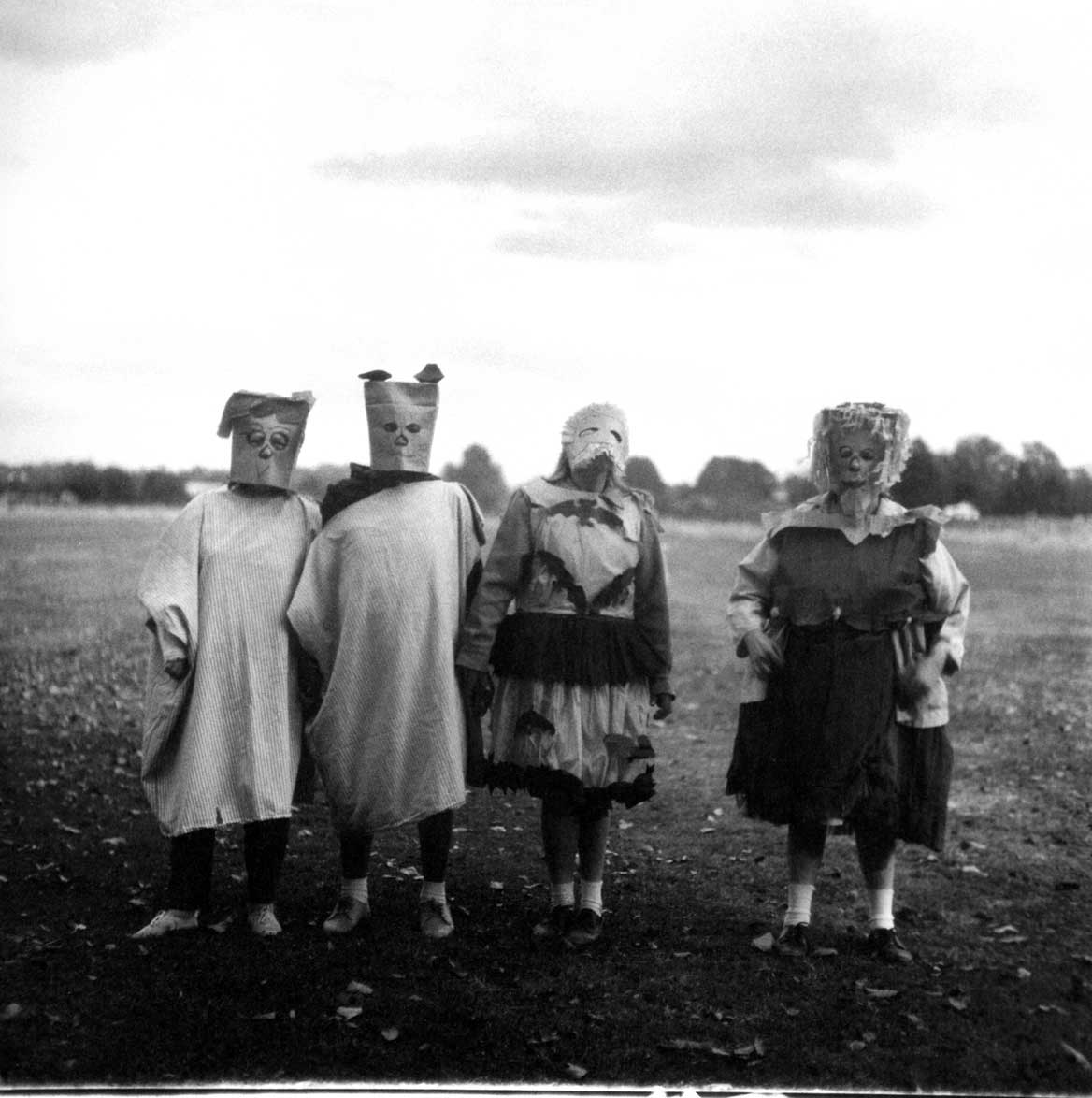 Without wanting to give too much away, I thought I would share with you some of the many and wide ranging influences that have inspired us in the creation of Oyster Boy.

We are working hard to create something both entertaining and funny but which is faithful to the sadness and humanity at the heart of the story, and we have looked to art of all eras and kinds to best inform the show.

Setting the show in 1950s America was an early decision for us as it offered such a rich aesthetic and socio-political starting point that fits well with the narrative of Oyster Boy. We have studied closely many photos of Diane Arbus, whose subjects were the extraordinary in everyday life from this time period. The photo above of the paper-bagged children opened up much debate about the way in which we decide to portray the story’s central figure. At the same time childish, menacing and naive the idea of transposing a paper bag to Oyster Boy, and what that says about the rest of the characters, has been fascinating. Films such as Fur, an imagined biography of Arbus’s life and her introduction to socialising with society’s outcasts, and David Lynch’s 1980 film The Elephant Man were illuminating studies in our understanding of Oyster Boy’s plight. Such sad and beautiful portrayals keep the inherent tragedy of Oyster Boy in our minds when the allure of simply being silly on stage dominates.

We are influenced by the high-scale productions we have seen together over the past year, such as Complicite’s Master and Margarita, Robert buy propecia online Lepage’s Playing Cards: Spade and Jasmin Vardimon’s Freedom, and want to capture the magic of technically complex and visually stunning pieces using the simplest of designs. We hope you enjoy what we have in store for you…

We have also looked at many images of Coney Island and British seaside scenes from the 1950s in order to inspire our stage aesthetic. We are fascinated by the bawdiness, the colours, the lights and the justification for introducing larger than life characters. We have worked a lot with improvisations and in some of the later scenes we can feel like we’ve found ourselves in the middle of a Chekhov play, so to avoid this we work through the body to create something a bit more larger than life, a bit more physical, a bit more Haste…

Music from the 1950s and Barbershop quartets have been played under lots of our rehearsals and are seeping nicely into the language of the piece. Bobby Darin, the Chordettes and the Inkspots have all been main sources, but also watching plenty of barbershop performances/contests in various school/town halls. We love the sound, the tongue in cheek vibes and the ability to use it as a narrative tool.

We have experimented with all kinds of styles in order to address the audience, from music hall hosts, lecturers, magicians and specific pairings such as Vic Reeves and Bob Mortimer, we are amalgamating all kinds of conventions and styles to work best for the show.

We are extremely excited to open in a few weeks time, there is still plenty to do but we are really looking forward to sharing our first fully devised show with you all.